The last time I got a haircut:
January 6, 2020. Usually I get a haircut every 3 months. It’s now been 6 months. I’m starting to get a bit shaggy. But I look good with my hair blowing in the wind 🙂

The last time I ate a meal in a restaurant:
March 13, 2020, Flock, 97 Harbord St, Toronto. Met a former piano student of mine. We were both prophetic at that lunch because we predicted that COVID was about to close down everything.

The last time I drank alcohol:
January 1, 2020. Lisa and I popped open a bottle of champagne and drank the whole thing while eating a bag of chips to ring in the new decade. Going this long without drinking is not uncommon. Don’t like hard liquor. Wine tastes like grape juice gone bad and beer is okay but only once every bunch of years. I do like champagne though…but only on special occasions.

The last time I performed music live:
January 31, 2019, Markham Piano Gallery. I was supposed to perform a bunch of piano concerts for the release of my latest album this past March but we all know why that was postponed.

The last time I saw my parents in person:
December 27, 2019 when Lisa and I went home to Ottawa for Christmas. We usually see each other 3-4 times per year but since the Pandemic we are keeping our distance. Hopefully we can make it this Christmas.

The last time I took public transit:
May 14, 2020. Took the streetcar downtown to return chairs we bought online to a store. It was a weekday afternoon and the city was a ghost town. It was surreal. Since the Pandemic began that’s the only time we have been on public transit and the only time we’ve gone farther east than the Humber River in Toronto.

The last time I vomited:
2008 Switzerland. I got altitude sickness when going up a mountain too quickly by train. When I got back down to our hostel, I thought I was going to die! But I survived and my stomach has stayed quite strong ever since.

The last time I saw a performance of live music:
March 4, 2020, my friend, John Farah in concert at the Monarch Tavern, Toronto.

The last time I was on a plane:
August 11, 2019. San Diego to Toronto via Los Angeles. Lisa and I returned from an artist residency at the Dorland Mountain Arts Colony. But this is not unusual because I’ve sometimes gone years without going on a plane.

The last time I drank coffee:
November 7, 2016. I was standing in a hotel lineup at a music conference. Someone working at the hotel walked up to me offering a sample of a chilled coffee. I said, what the heck, go for it, live dangerously for a change! I tried it and did NOT like it. It reminded me why I had never tried coffee before that moment and never have since.

The last time I smoked a cigarette:
Never

The last time I was in a store:
March 20, 2020. Just as the Pandemic began, I went into a Metro grocery store with Lisa and have not been back since. Almost everything we need is now ordered online or bought at a farmers’ market. Lisa only pops into a store if we need some extra odds and ends.

The last time I was in a car:
February 20, 2020. I drove a family member to the airport. Lisa and I do not own a car but I was borrowing one. Since then, I have not even been a passenger in any car.

The last time I rode a bike:
2014. Used to ride a lot when I first moved to Toronto in the 1990s and was living downtown. When moving to the west end of the city, we got a car and relied on transit, plus I was working from home. The bike just sat there. When we sold the house, I gave away the bike. Now I miss it. Maybe we’ll try Bike Share this summer.

The last time I hugged and kissed my wife:
By the time you are reading this, I can say with quite a bit of certainty that it’s been very few hours. Being close is what has saved me from going crazy through the entire Pandemic. Love conquers all and helps us survive. Anything else can wait, but not that. 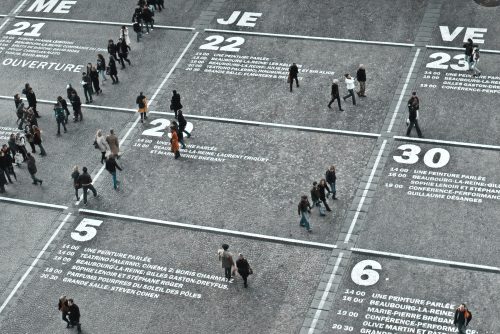