You are here: Home › Portfolio › *CONTEMPORARY CLASSICAL* › Chamber › Strings › Cello › Woodwinds › Clarinet › Environment › Keyboard › Piano › Tape › If Not Us, Then Who? 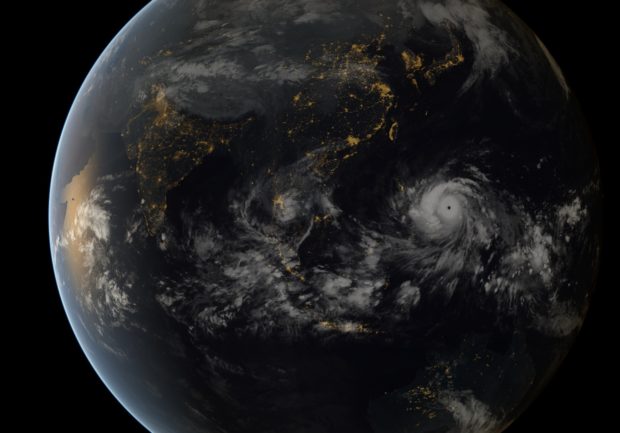 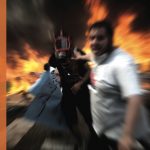 Some things haunt your mind. For me, one of those things was hearing the pain and desperation in Yeb Sano’s voice. Back in 2012 he was attending the United Nations Climate Change Conference on behalf of the Philippines when a devastating typhoon hit his country killing over a thousand people and leaving thousands more homeless.

This spurred him to make the most inspirational and heartfelt address to his fellow UN delegates urging them to stop debating about what could be done to reduce carbon emissions and take action as the Philippines was already facing the first-hand effects of man-made climate change. His speech made the headlines but unfortunately a year later another typhoon struck his country, this time killing over 6,000 and leaving 2 million homeless yet still no progress was made at the UN talks.

This composition is dedicated to those brave individuals who speak out for changes in government policies that would curb carbon emissions and lessen the impact and frequency of climate change tragedies.

This composition combines chamber instruments with audio from Yeb Sano’s speech given at the 2012 United Nations Climate Change Talks in Doha (November 26 to December 6, 2012) as well as the defiant shouts from activists during their protests outside the talks. You can watch some inspirational video footage from the conference on YouTube.

Follow me on my journey through life and music. Be the first to hear about the great news, challenges and the music I share.